The Evolution Of Cleaning

Traditional and liquid soap manufacturer dates back a long way.  The creation of soap itself dates back 5,000 years to Mesopotamia, Egypt, ancient Greece, and Rome.  Tallow, also known as animal fat, and lye remain the essential ingredients for soap.  The origin of soap goes back to when meat was cooking over a fire.  The fat from the meat dripped into the ashes — providing the discovery of a slippery substance great at lifting dirt from the skin, then washed away.  In 1790, Frenchman, Nicolas Leblanc, developed the method of extracting caustic soda (sodium hydroxide) from ordinary table salt (sodium chloride) and replaced the wood ash element of soap.  In 1823, French chemist Eugene-Michel Chevreul created soap  ‘closer to home with foam’ — a chemical process known as saponification.  Saponification involves taking the chemically neutral animal fat and splitting it into fatty acids, which react to alkali carbonates to form soap, leaving glycerin as a byproduct.  By the end of the 19th Century, soap began to be manufactured by industrial processes.  However, rural areas of the United States continued to make their soap at home.

The stories are true of prehistoric humankind and ancient civilizations walking down to the local riverbank to pound their garments clean with rock, abrasive sand, or wooden implements.

As civilization developed, the riverbed method of cleaning garments with objects, such as rocks, gave way to the medieval practice of using large, deep wooden washtubs.  This washing ‘process’ involved a pre-wash, a one-day soak, a plunger wash taking 15 hours to reheat the lye continually, and a  further wash with water of the lye-soaked linen ending with a rinsing and drying process.

From the medieval days, there came the more modern 19th-century innovation, attributed to the Scandinavians, of the washboard, and finally, with technological, scientific, and chemical advances beginning in the Victorian era — clothes washing used revolutionary implements as hard soap and washing powders — and the first electric-powered washing machine in 1908, followed by the first automatic washing machine invented in 1951.

The emergence of liquid soap also had its beginnings in the late  19th-Century, with a patent by William Shepphard in 1865.  Although Shepphard is given credit for the invention of liquid soap, the patent is listed as ‘improved liquid soap,’ indicating liquid soap was even earlier than 1865.  Mass production of liquid soap did not begin until the late 20th Century by the Minnetonka Corporation of Minnesota in 1980, with a product called Soft Soap.  The success of Soft Soap was in the pump dispenser, made by only a few U.S. factories.  The Minnetonka Corporation beat back other liquid soap manufacturers by buying all the plastic pump dispensers in the U.S.  Minnetonka enjoyed a monopoly as a liquid soap manufacturer until Colgate-Palmolive purchased their company in 1987.

If you are a distributor of cleaning products for the institutional or industrial cleaning marketplace or a retailer selling to household consumers, do not ‘wash your hands’ of the steady market ‘bubbles’ of liquid soap!  According to the market research firm, Market Business Insight, the liquid soap ‘bubble’ is not expected to ‘pop.’  Market Business Insight states that in 2019 the global liquid soap market was 17.48 billion dollars and is projected to reach more than 28 billion dollars by 2027 — providing a CAGR, compound annual growth rate, of 5.9 percent from 2021 to 2027.

Unified Solutions for Cleaning, provider of chemical cleaning products since 2005, is a formidable liquid soap manufacturer.  Our certified chemists bring an experienced understanding of the market demands for product and packaging innovations to compete with the traditional bar or powdered soap products.

Though liquid soap is usually more costly than bar soap, the demand for liquid soap manufacturing continues to dominate the marketplace due to:

Liquid soap manufacturing is not limited to hand washing soaps and is yet another reason for projected market growth. Some examples of popular liquid soap cleaning products include:

The process of saponification, begun in 1823 by French chemist Eugene-Michel Chevreul, continues in the 21st Century by liquid soap chemical manufacturers such as Unified Solutions For Cleaning. This saponification process is known as continual processing. It involves purifying and blending animal fats (tallow), also known as glycerides, and vegetable oils such as coconut and palm kernels and an alkali, sodium hydroxide. The saponification process occurs as the mixture passes through a heated reaction chamber. The mix of water and glycerol in soap adds value, making the soap smooth and soft. Solid soap is known as cold manufacturing.  Liquid soap manufacturing, a hot process, involves substituting the base ingredient of sodium hydroxide in solid soap with potassium hydroxide.

As a soap manufacturer Unified Solutions For Cleaning professionals offer a ‘soap to (coco)nut’ turnkey production of any liquid soap product you have in mind.  Contact us regarding contract packaging or private labeling services for your liquid soap product, and receive your free quote today

What Our Clients Can Expect

Companies with a cleaning product to produce learn quickly why Unified Solutions for Cleaning is a leader in chemical manufacturing as they see the consistency of service that is provided:

An in-house turnkey production experience that entails everything from the package label design, fast product production turnaround to the market, facilities to store product inventory, and shipping anywhere in the United States.

The dedication to production efficiency at Unified Solutions For Cleaning enables our contract fill clients the ability to concentrate on the core of their business: sales growth and new product innovation!

Unified Solutions For Cleaning has been producing industrial, institutional, wholesale, and retail consumer cleaning products since 2005. In addition to contract filling services, the Unified Solutions For Cleaning team also provides private labeling services and toll manufacturing services. We also offer custom formulation to assist our clients with their specific product formula needs.  Contact us to arrange a tour of our manufacturing facility and discover the secret to our success — a well-balanced blend of integrity, quality, and value!

The Chemical Process Of Liquid Soap Manufacturers The Evolution Of Cleaning Traditional and liquid soap manufacturer dates back a long way.  The creation of soap 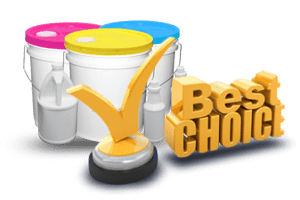 Four Advantages of Contract Packaging Cleaning Chemicals The contract packaging market sector was worth an estimated USD 45 billion-plus in 2018, and experts predict figures 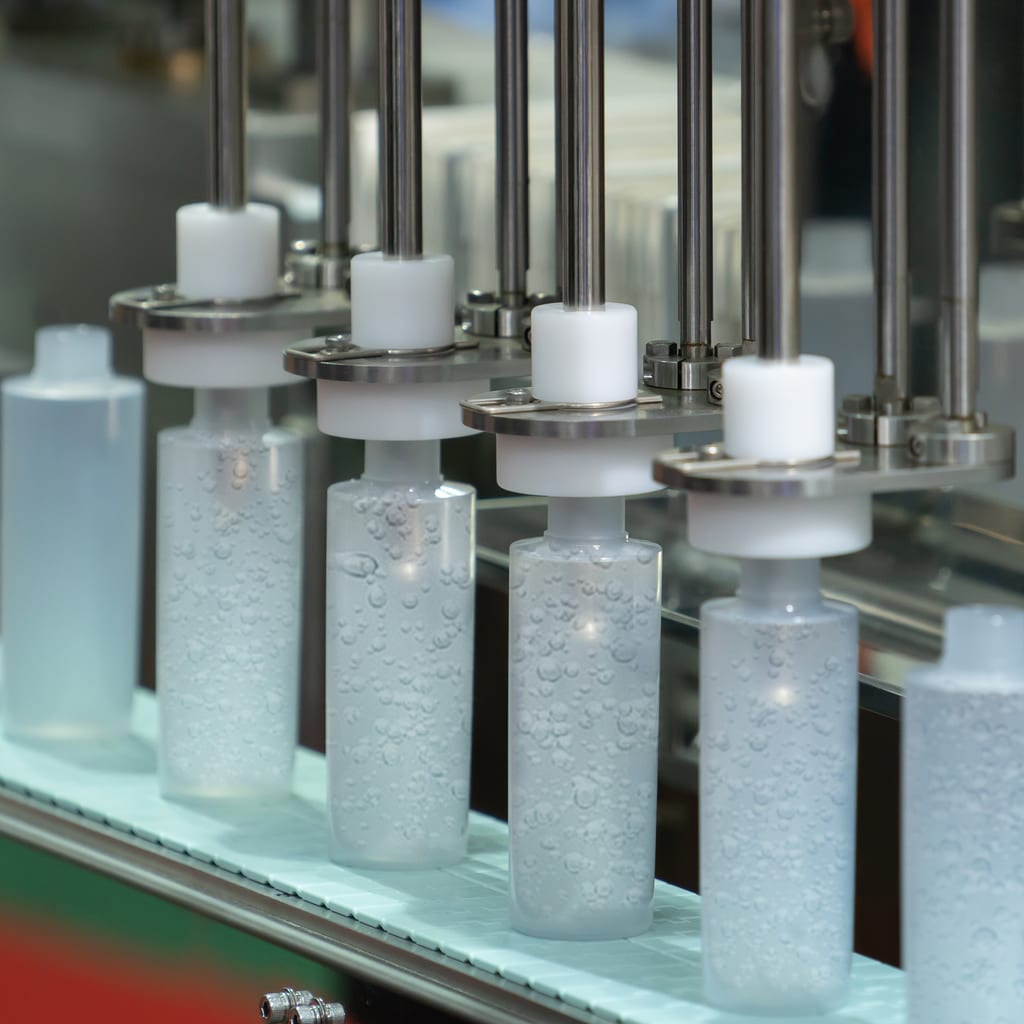 What Is Contract Packaging? 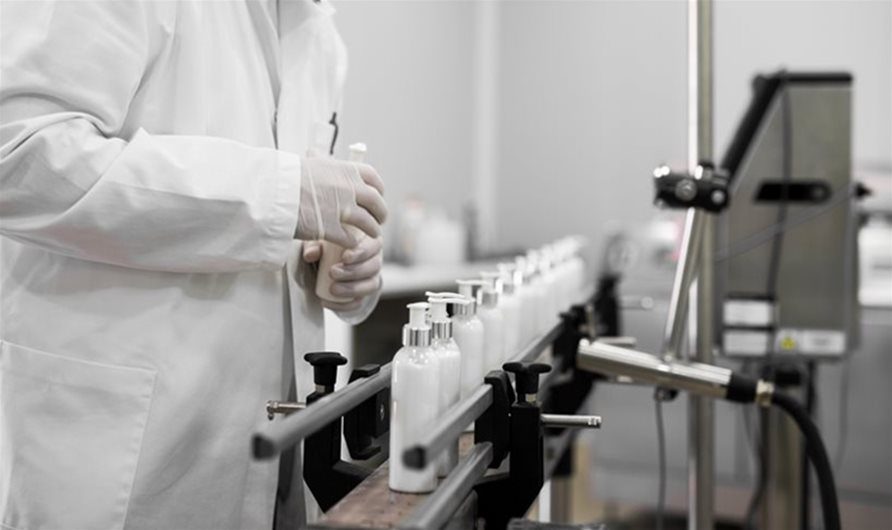 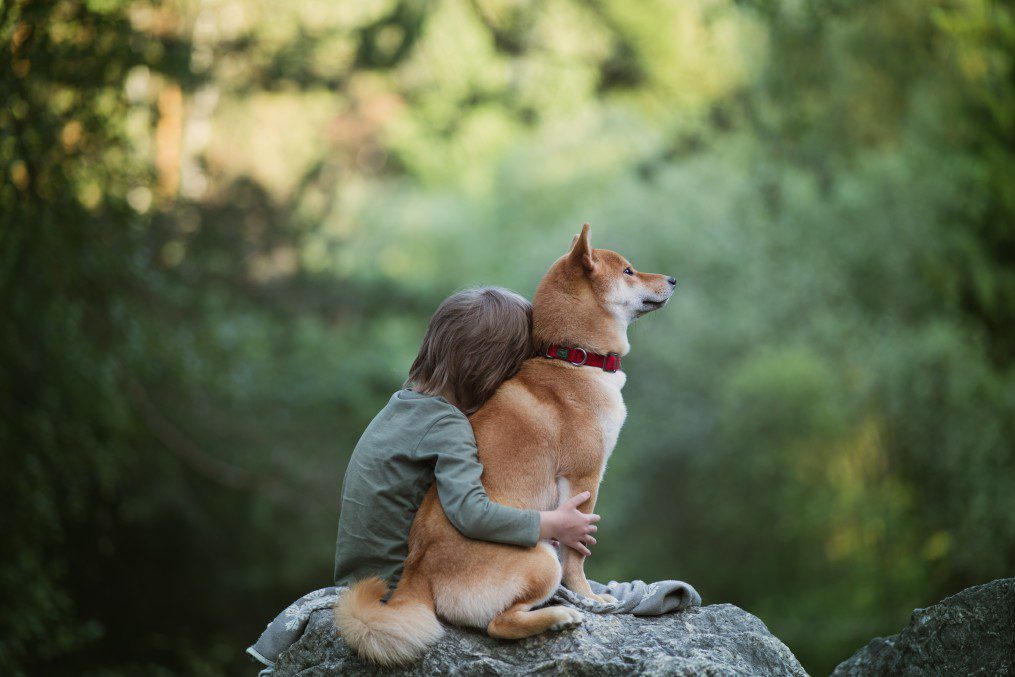 Learn More
Get a Free Quote 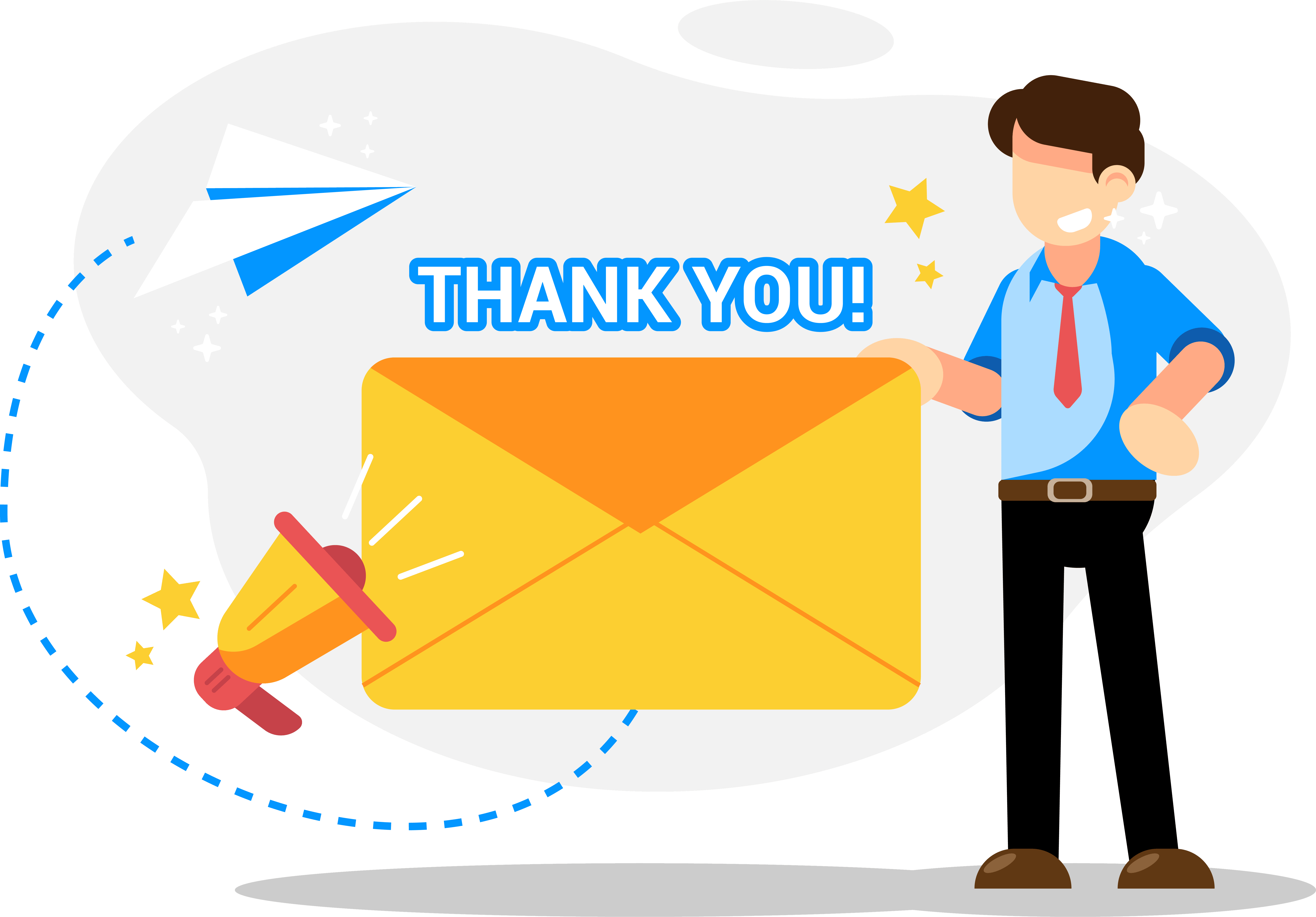 Your message is on its way.

A specialist will reach out to you shortly.